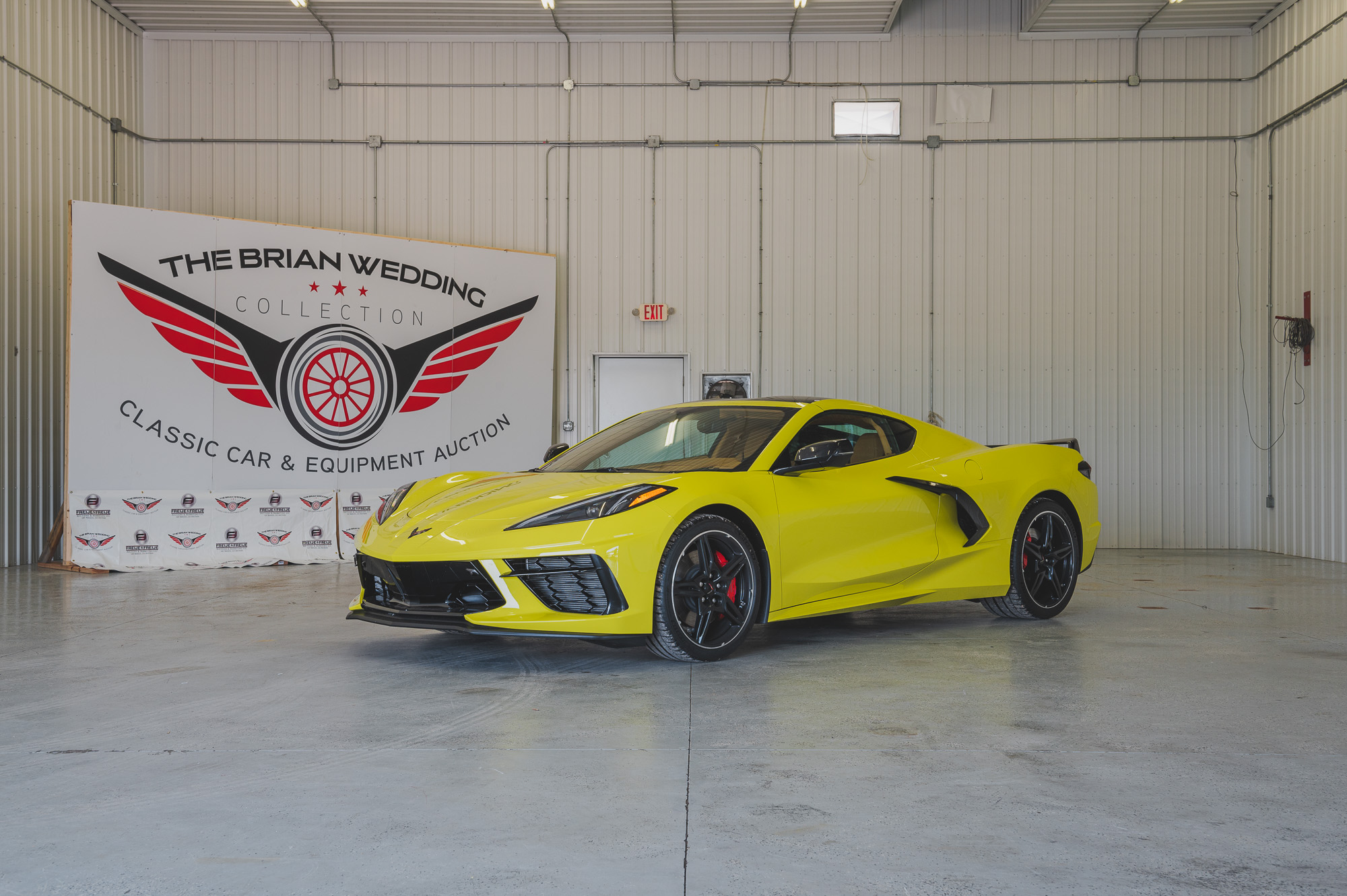 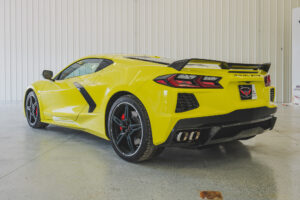 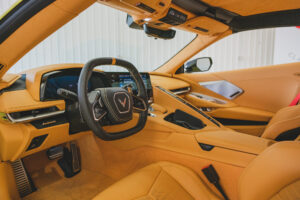 The 2021 Chevy Corvette is still a fresh revelation to us. Chevy switched to a mid-engine layout for the first time in the model’s history last year, and the excitement is still through the roof. It has a unique exotic design to go along with its exotic layout, but Chevy still managed to integrate traditional Corvette styling into the package. The LT2 V8 engine itself is an evolution of the previous Corvette motor, making a hair more power than before. However, there is no manual transmission, only an eight-speed dual-clutch gearbox. On paper, we think the C8 is a total knockout. It’s available in coupe (T-top) and convertible body styles for 2021, and the performance statistics are otherworldly. From a numbers and specs perspective, the C8 has everything beat at its price point.

This vehicle was one of Brian Wedding's personal cars and has been driven less than 300 miles!