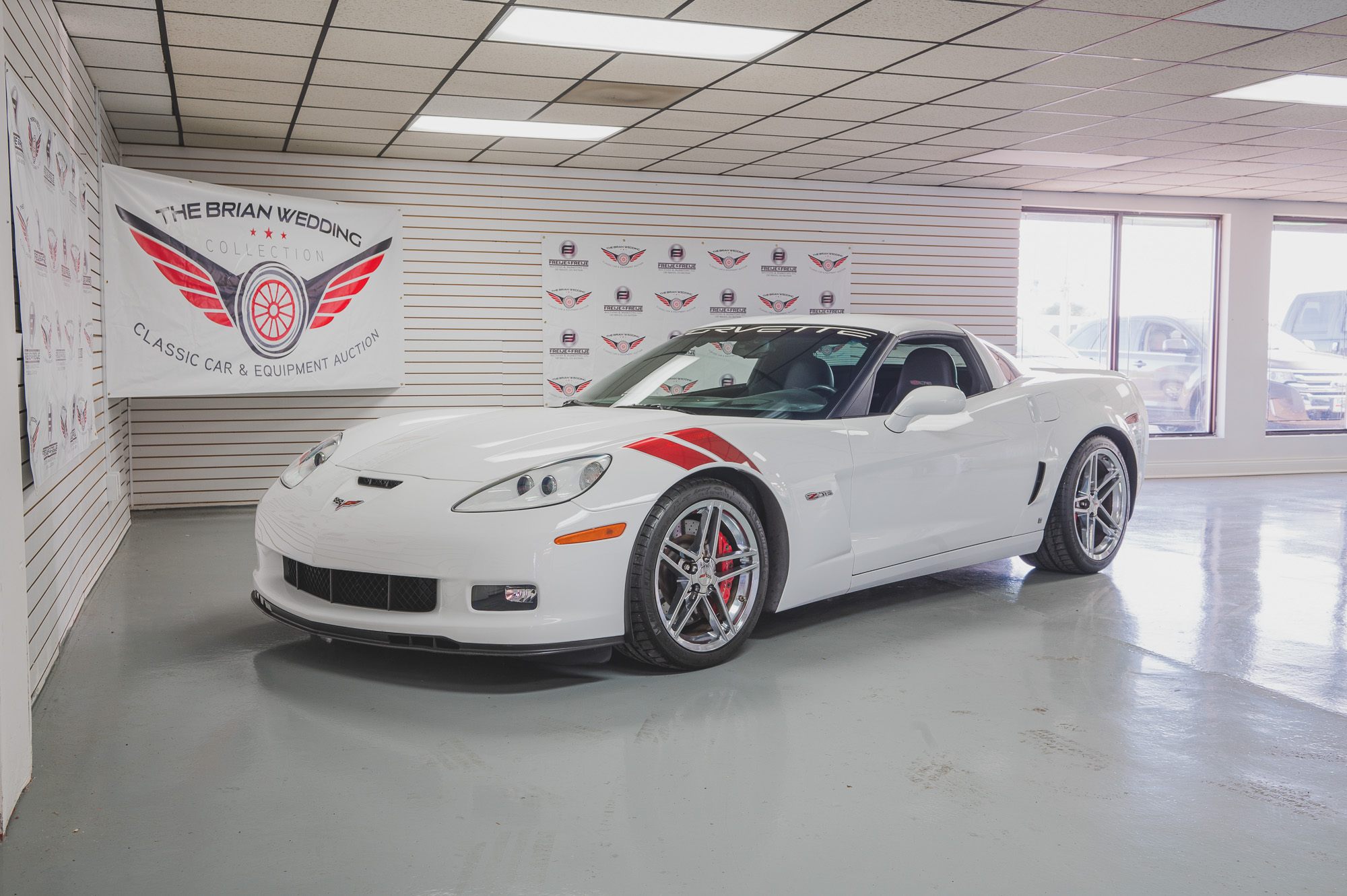 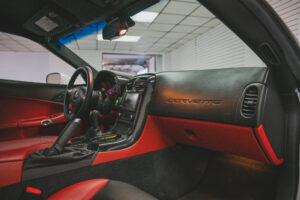 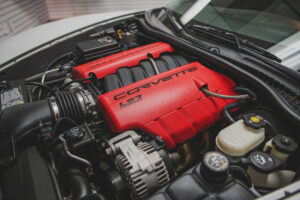 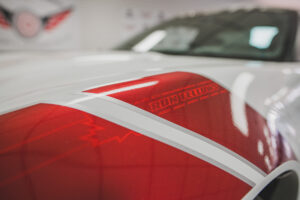 2007 Chevy Corvette Z06 Ron Fellows Champion Edition is 1 of 404 Corvettes of its type that were made. They were only manufactured in the year 2007 which makes them an exclusive part of corvette history. This special vehicle features chrome wheels, a low-profile rear spoiler, and a windshield banner. The Fellows Vette is also the first Z06 to wear Arctic White paint, which is in turn adorned with red-and-silver hash-style stripes on the front fenders that recall those on the Corvette GT1 racecar that Fellows has driven to victory. The red-and-white paint scheme, to say nothing of the maple leaf logo incorporated into the graphics, makes Fellows' nationality rather obvious. Fellows' autographs can be found on one of the fender stripes. Inside, "tech pattern" accents compliment red leather on the seats, console, and door panels. The red armrest features yet another Fellows signature.

Ron Fellows is a charter member of the championship-winning Corvette Racing team. He did the initial testing and development with the Corvette C5-R, and scored Corvette Racing’s first ALMS victory in September 2000 at Texas Motor Speedway. Fellows is recognized as one of North America’s most versatile road racing drivers; winning in series that span the spectrum of motorsports, from NASCAR to the 24 Hours of Le Mans.

This car is very rare and is an amazing investment opportunity for any car collector.