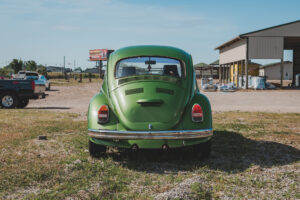 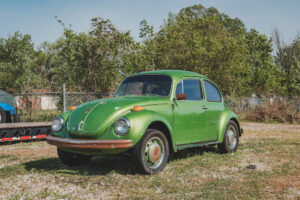 VW developed the Super Beetle, which would herald in such refinements as a wraparound curved windshield, McPherson strut front suspension, disc brakes, air conditioning, and eventually fuel injection. The Super Beetle was launched for the 1971 model year as a bold response to domestic compacts like the Ford Pinto and Chevrolet Vega. Still unmistakably a Volkswagen, it was three inches longer (all ahead of the windshield) with a longer hood and re-shaped fenders. Luggage space upfront increased by 80 percent and the spare wheel was now flat on the floor. Meanwhile, the double-jointed half shafts designed for the AutoStick cars of 1967 improved the rear suspension.