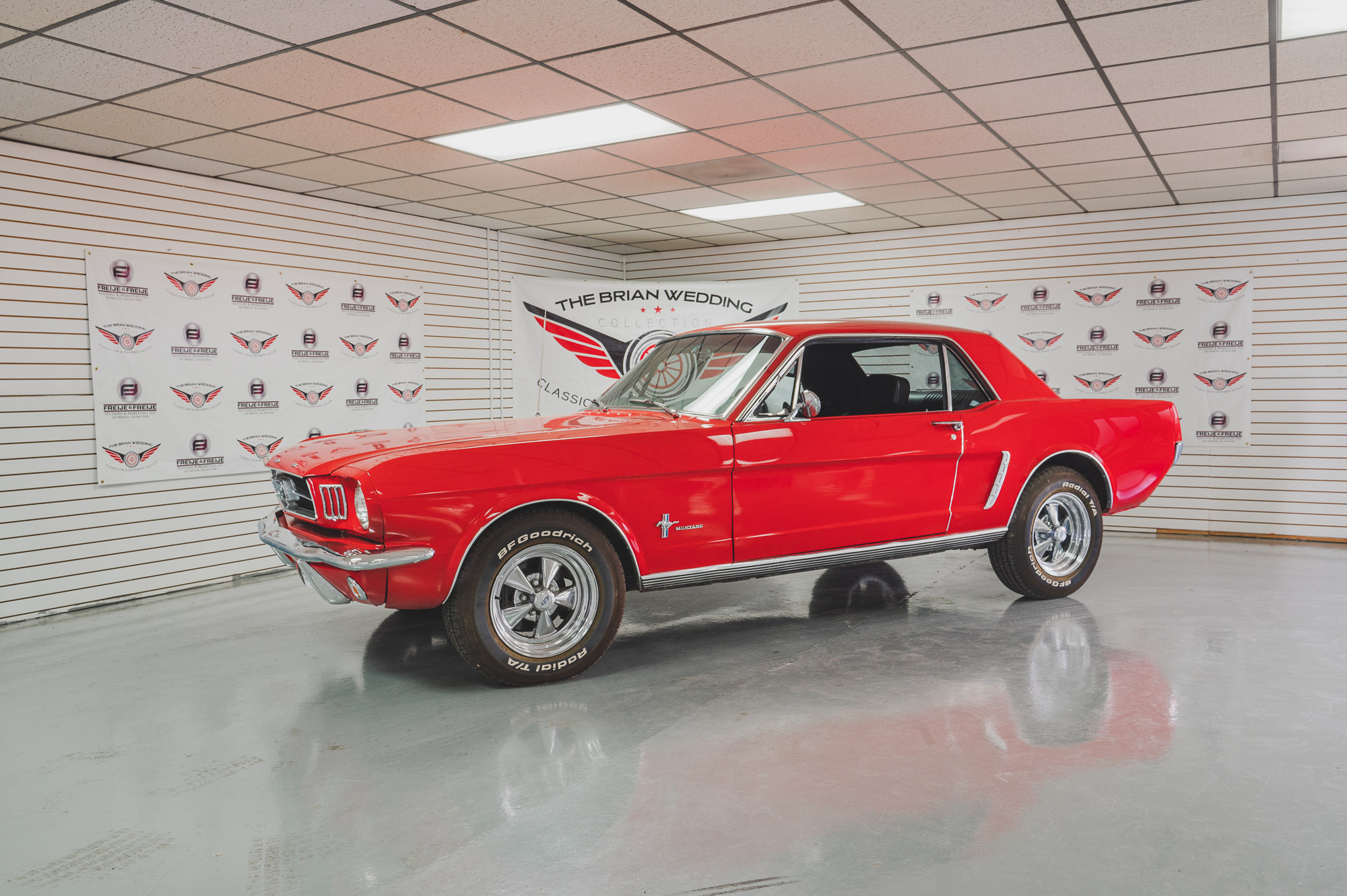 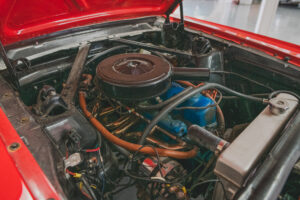 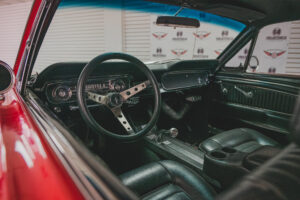 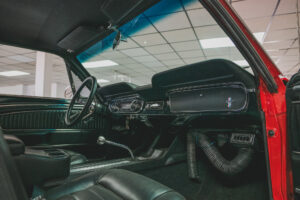 Introduced in April of 1964 as an “early” 1965 model, its European flair could be traced to designer Roy Lunn, who had worked for Aston Martin, ex-Packard engineer Roy Misch and Ford stylist Eugene Bordinat. The first prototype was built in 100 days in the summer of 1962. It is based around a strong, lightweight unibody, with multiple bracing, minimal brightwork, and a European-style recessed sporty grille. Equipped with bucket seats, it could be as humble as a 101 hp 170 cid, 6-cylinder grocery-getter, or as fast as a 220 bhp 289 cid V-8. Starting in June 1964, a hi-performance 271 bhp version of the 289 was introduced, equipped with a 4-speed, quick steering, and special handling package.