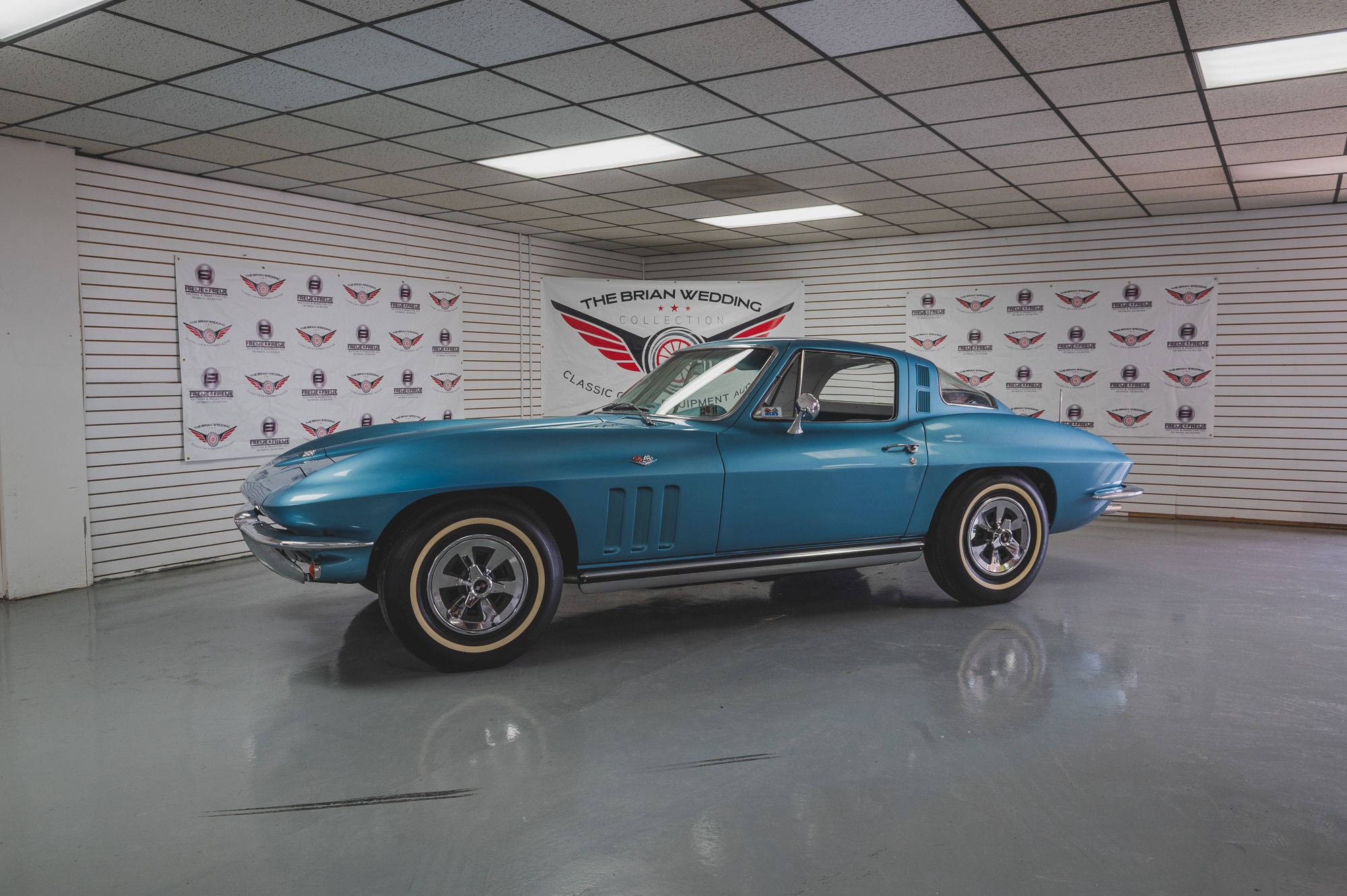 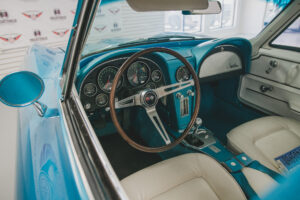 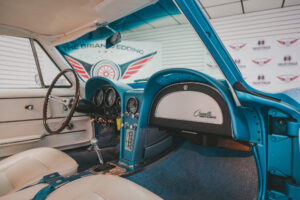 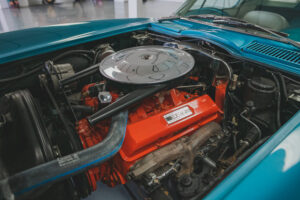 The 1965 Chevrolet Corvette Sting Ray underwent several major changes from the 1964 model, including the welcome addition of standard four-wheel disc brakes. In mid-March, a new L78 396 cid “big-block” V-8 was offered, developing 425 bhp and with transistor ignition. This was the last year for the fuel-injected 375-bhp L84. There wouldn’t be another fuel-injected engine until 1982. On the styling front, the 1965 Corvette added three functional vents to the front fenders, and 396 big-block cars stand out thanks to the power bulge in the hood. The grille bars became black and the instruments restyled with flat black faces.

This car scored a 99.7% with the National Corvette Restorers society making it the most correct and pristine 1965 Corvette on the market today. This car was also featured in the Dream Car Museum because of its amazing condition. It has only been driven 76455 miles.